In the video above Dr. Phil shares a couple of good pointers for those re-entering the dating world after divorce that apply to people of any age or gender.

As a man in his 50s, 60s, 70s and beyond, you are likely to notice that there have been some major cultural change to the way that single court one another that have occurred over the past few decades. These days many women are insisting on paying their own way, and many other cultural norms we once took for granted have faded into oblivion.

This being the case, here are a few quick dating tips that may help you have a more successful dating experience this time around:

Tip #1 – Don’t compromise your integrity to fit in.

If youíve been out of the dating scene since the 60s or 70s, you may feel overwhelmed by how much things may seem to have changed. This being said, it is important to keep a strong hold on your integrity, rather than changing who you are in an attempt to attract a woman. Yes, many modern women will tell you that they like ìsensitiveî guys and men who are in touch with their feelings, but that doesnít mean that you need to start crying at movies or writing love poems in order to win the heart of a new lady. Instead, stay to true to who you are. Integrity is a characteristic women a wildly attracted to, and it is something that is woefully lacking in todayís modern society.

As an older guy you may feel like you already know a lot about women, and the thought of educating yourself about this subject by reading books and such can seem like a huge waste of time. However, the truth is that no matter how much you know, there is always more to learn on your path to complete mastery. So do yourself a favor and read a book or two my a certified “dating expert” who has been in the field meeting and dating attractive women while you’ve been focused on other matters. Perhaps the new Elixir of Eros program from leading men’s dating coach Mike Wright will be just the thing to help you attract a new girlfriend or wife who is even better than your last one!

A lot of older guys get it in their heads that they should date much younger women. I’m talking about guys in their 70s and 80s who want women in their 20s and 30s. There are a lot of reasons why guys may think they want a girlfriend this age, including the fact that these much younger women are typically much fitter, and more energetic than their older counterparts. Unfortunately however many guys who want to date women this age overlook the many drawbacks to such a relationship. One of the biggest issues is the fact that the majority of young women are simply unwilling to even consider the idea of dating a man who is older than their father or even their grandfather. Perhaps this could work in some third world country, but in the west, this just is not considered normal at all. Yes, there are some women who date men 25 or 30 years their senior, but there is almost without exception a significant financial component to these relationships. Just think about it, how many dirt poor guys in their 70s do you see with women under 50? Not many.

Also, you should consider the effect that a potential partner would have on your relationship with your children. Bringing home a new girlfriend who is close in age to your own daughter or son will inevitably make them feel uncomfortable.

Then there is also the issue of not having much in common with a woman under 40. A woman in her twenties or thirties is very unlikely to have the same interests and goals as a man in his 60s and chances are that her friends and family will discourage the relationship. Also, bear in mind that a majority of women in this age range will want to have children, so you need to decide whether you can or desire to start a new family at your age.

In conclusion, there is a lot to learn about dating in the modern world and I recommend educating yourself further on this subject. Just remember to stay true to who you are, and donít get obsessed with the idea of dating a woman much younger than you when there are so many more mature, intelligent, and attractive older women looking for a guy like you. 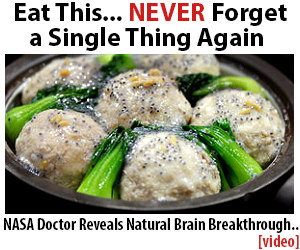